Page Springs was named after the Page family who farmed the area at the turn of the century and also for the abundance of artesian springs.Wild grapes grow throughout the riparian green belt , which was once known to ancient native cultures not as the Verde Valley but instead Valley Of Grapes.

Original family farms and ranches still exist here.The vineyards have helped to keep the integrity of the area in agriculture use. Early settlers grew grapes in the Verde Valley prior to prohibition, for Arizona that was in 1914 which was before the rest of the nation. Below, a rare historical photo taken in 1933 of Mary Hancock ( pioneer and owner of Hancock Ranch ). She is shown here tending her concord grape vines which were originally planted in 1915 by homesteader Joe Johnson. The vineyard has recently been revived by Kevin Chadwick who consulted Rod Snapp ( Javelina Leap Vineyard & Winery ). Kevin is now adding zinfandel vines from Javelina Leap. 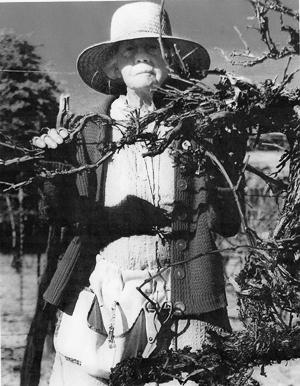 How did we come up with the name Javelina Leap Vineyard & Winery?

The first part of our name is Javelina. What is a Javelina ? A Javelina ( hav a leen a ) is a member of the Peccary family and resembles a wild boar. They are native to our area and often seen in packs with their cute little ones and do not bother the grape vines at all, they prefer cactus, roots, nuts and bulbs. There are many Javelina around the vineyard and are seen at dusk, night or early morning, and although usually distinterested with humans, because they have very poor vision they have to rely mostly on smell and will charge if they feel threatened, especially with little ones around. 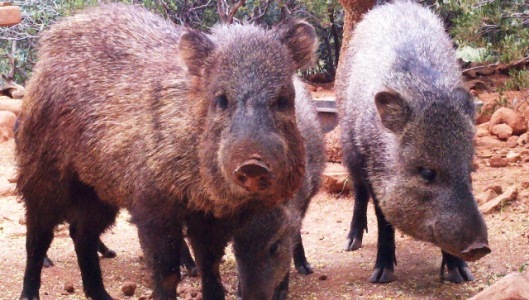 The second part of our name, Javelina "Leap” is a tribute to 'Stags Leap' Winery in California for putting American vineyards on the map! In 1973, in a blind tasting of French judges at the 'Judgment of Paris' competition, Stags Leap prevailed over its French competitors, forever changing things for winemakers in the United States... for that, we salute!